Pianono with soft, pillowy sponge cake and creamy margarine and sugar filling. This Filipino-style jelly roll is mildly sweet and the perfect accompaniment to tea or coffee.

Hi, it’s Bebs here again from Foxy Folksy and I am back with another delicious treat you can find at almost every corner Filipino bakeshop.

Pianono or Pionono is a type of pastry popular in Spain, South America, and the Philippines. It was named after the late Pope Pius IX or ‘Pio Nono’ as the good people of Italy called him, where the pope hailed. The original creator of Pionono, however, is from Santa Fe, Granada of Spain, Ceferino Ysla Gonzalez, who is a devotee of the Virgin Mary.

The story says that some years after Pope Pius IX proclaimed a dogma of the Immaculate Conception, Gonzalez decided to pay homage by creating these mini bite-size cakes shaped in the likeness of the Pope and of course named them after him as well.

Similar to its Spanish and South American counterparts wherein bread or pastry dough is rolled around various fillings, the Filipino-style Pianono is a type of jelly roll consisting of a soft, pillowy sponge cake wrapped around a mixture of margarine and sugar. It’s also often adapted to include local flavors such as ube, mango, and mocha.

This Filipino cake roll is probably the most simple cake you can make. Aside from the simple filling of margarine and sugar, the original recipe requires only four ingredients, and that would be the eggs, flour, sugar, and milk.

We are, however, taking things up a notch with a splash of vanilla extract added to the batter and a dusting of powdered sugar as a final touch.

Now, you might be wondering why I added cornstarch to the list. The answer to that is because we want our Pianono to be soft and airy. Think of Mamon, and that should give you an idea the texture we are aiming for.

Based on my own experience in baking cakes, the key to having a very light cake is to use cake flour instead of plain all-purpose flour. But since cake flour is not a pantry staple and I have cornstarch on hand more often than not, I’ve resorted to making my cake flour by replacing part of the all-purpose with cornstarch.

For those who are familiar with sponge cake recipes, you would have guessed that this recipe for Pianono involves making a meringue. I know the process maybe a bit daunting, but rest assured that there is nothing to be afraid of, especially if you follow the tips below.

How to make meringue

As a guideline, here are visual examples of each step.

Frothy Stage-mixture is a foamy and cloudy liquid with large bubbles.

Soft Peaks Stage-egg whites have a slight sheen and fine-textured bubbles. Peaks begin to form when beaters are pulled from the foam but are too soft to hold shape. 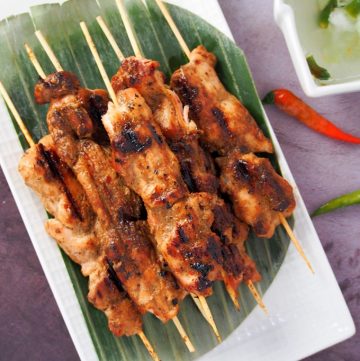 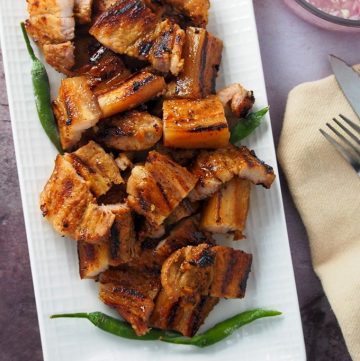