Filipino Tamales are a traditional Kampangan delicacy you’ll love for breakfast or snack. Made of rice flour, coconut milk, and peanut butter, topped with chicken and eggs and steamed to perfection, they’re hearty and tasty!

Filipino Tamales are my favorite food in the whole vast planet, and I haven’t had them since I migrated to the U.S. twenty-six long years ago until yesterday when I made a big batch to enjoy for days.

Living in Southern California and fortunate to have Mexican establishments at every corner, I do eat tamales regularly. They are, however, a different version made with corn masa and spiced meat, which I love almost as much, but are not exactly the favored bubuto (tamales in Kapampangan) of my childhood.

I don’t know why I never tried making Filipino tamales sooner because they’re so easy to prepare and come together in less than an hour. Ugh, I could have been waking up to their fluffy awesomeness every day for the last twenty-six years. 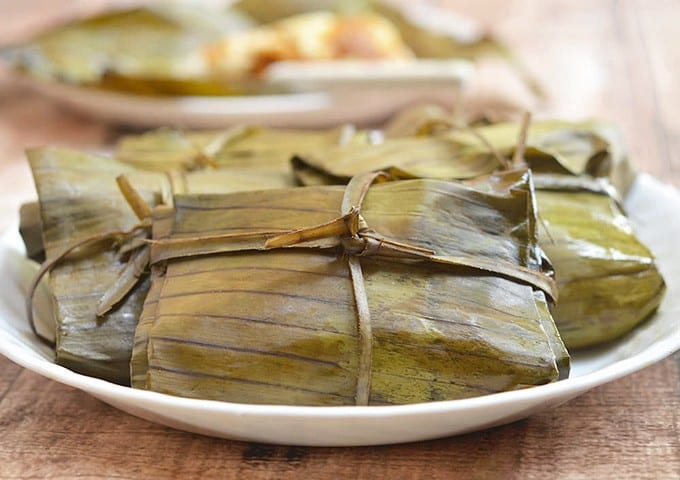 Although these tamales do require a few steps such as simmering the chicken and pre-cooking the rice dough, they’re pretty straightforward to make. The hardest part, in my opinion, is the wrapping! I think I went through two bundles of banana leaves struggling to find pieces large enough and without tears to wrap around the tamale dough adequately.

As you can see, they aren’t the best looking on the outside, but underneath my amateurish banana wrapping efforts, are the fluffiest, generously-topped and most delicious bubuto that made me wanna break into a happy dance. Alright, I admit, I just might have done a little teeny-weeny victory wiggle. 🙂

How to Prepare Banana Leaves to Use for Wrapping 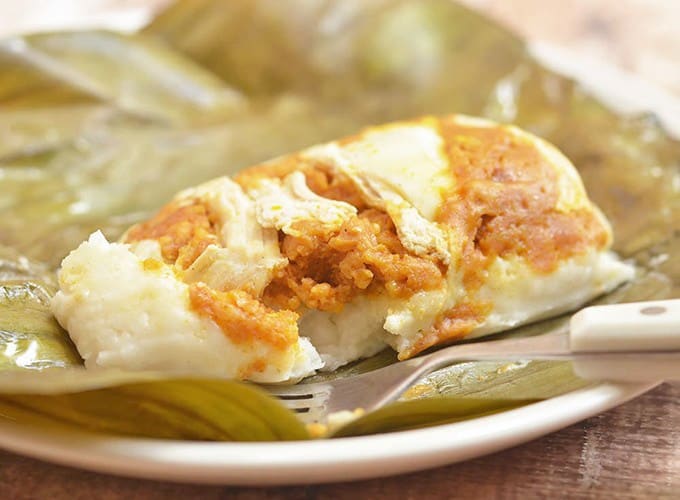 Tips on How to Make Filipino Tamales

Want more steamed delicacies for breakfast? You’ll love waking up to this chewy suman malagkit with a coconut caramel sauce that takes it over the top! 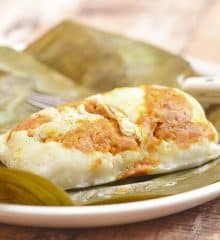