If food blogging were just a matter of cooking, I’d probably have a lot more recipes on Kawaling Pinoy than the 400-plus we currently have. But then, food blogging is a much bigger process that involves nitty-gritty stuff like photography and writing. Sometimes, I’d sit in front of my computer for hours, twiddling my thumbs, at a loss for words on how to describe a dish. I mean, really, how many different ways can I say delicious?

I was eating a bowl of it, piping-hot from the pot, and I couldn’t get over how seriously good it was. With succulent chicken, papaya chunks, and green spinach in a peppery ginger broth, it’s kind of like tinola but with a particular je ne sais quoi which makes it so much better. The addition of earthy lemongrass, tender young coconut, and sweet coconut juice takes it a notch above. It’s a hearty and tasty soup you’ll love year-round! 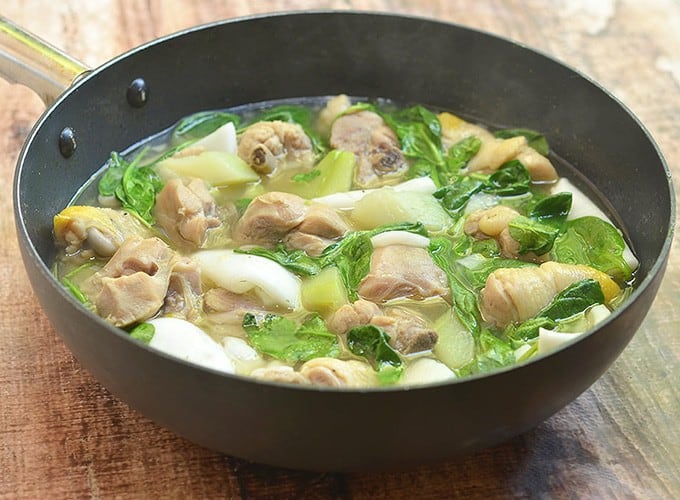 Binakol is a type of Filipino soup that originated from the Aklan province. It’s traditionally cooked in a fresh node of bamboo or halved coconut shells.