As we were raised by our mother and her side of the family who are Kapampangans, my brothers and I grew up more familiar with dishes such as bagis, kilayin, sisig and tocino. When we immigrated to the U.S. as young adults in the early 1990's and lived with our father's side who are Ilocanos, we were duly introduced to their provincial style of cooking. Dinengdeng, which we never tried until then, was a dinner staple in my father's household and quickly became my favorite. 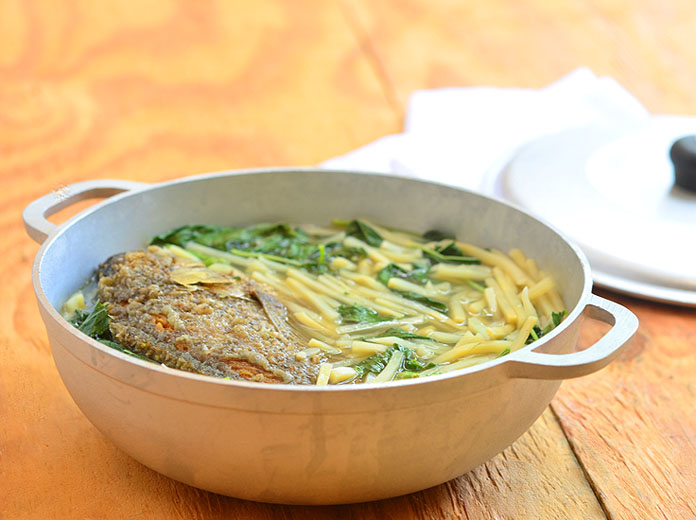 Also referred to as abraw or inabraw, dinendeng is a regional dish which involves the simple process of boiling vegetables in a broth seasoned with fermented fish sauce. Grilled or fried fish is also added at end of cooking to heighten flavors. There really is no straight rule of what vegetables to include as home cooks usually use whatever fresh produce are abundant in the area.  After trying varied vegetables from ampalaya, kamote tops, alugbate, lima beans, eggplant to squash flowers in abraw, I remain partial to a basic combination of bamboo shoots, jute leaves and fried tilapia in mine. Give this dinengdeng na saluyot at labong tonight and enjoy a meal that's both healthy and delicious. 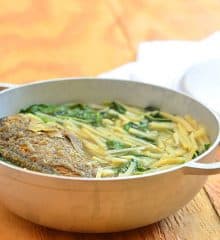