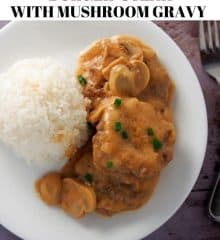 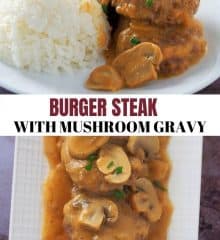 After a week of promising you my delicious take on burger steak, here it is finally! I hope I’ve built up enough excitement for it because it’s amazing!

I was initially going to call this Jollibee’s Burger Steak copycat but thought against it. This burger steak doesn’t taste like the restaurant’s; it’s better! 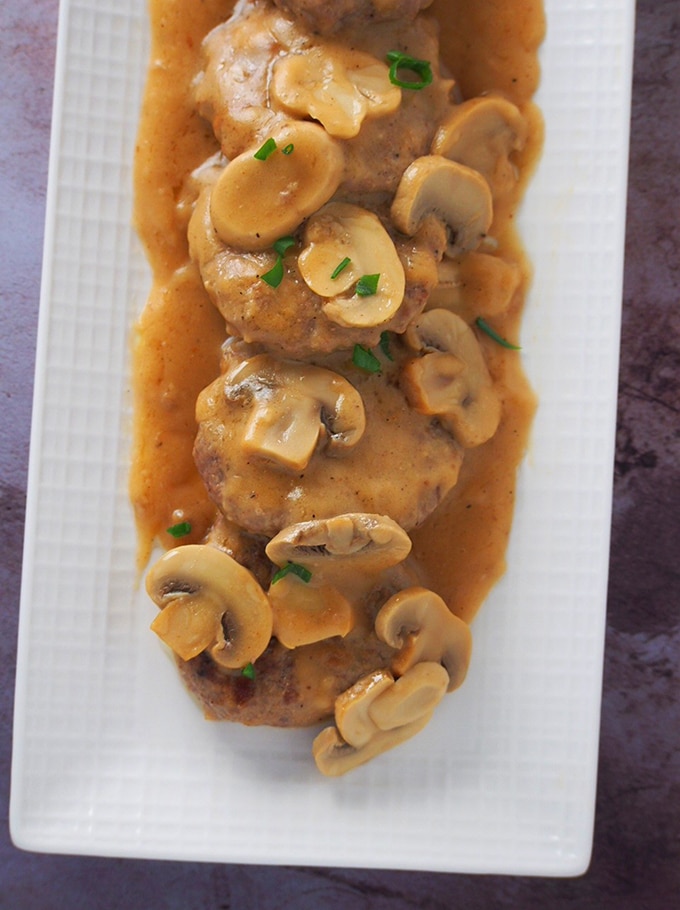 I mean no offense to Jollibee, it’s a Filipino icon for good reason. I’ve tried many a fried chicken in my life and their Chicken Joy with loads of gravy and steamed rice just can’t be beaten. But when it comes to my burger steak, though, I want the hamburger patties plump, meaty and without a lot of extenders.

Burger steak is a mouthwatering weeknight dinner the whole family will love and is budget-friendly, too! It’s great with steamed rice, mashed potatoes or egg noodles.

Before we proceed, let me clarify two important steps of the recipe. 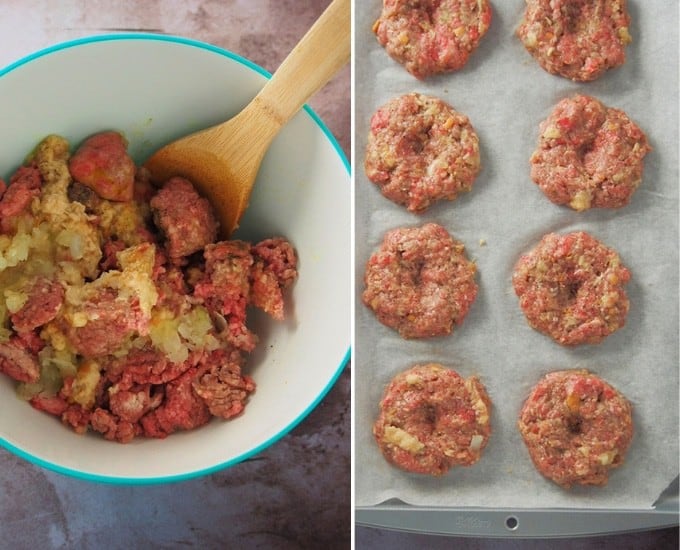 One of my favorite kitchen hacks is blending together 1 cup of soft butter and 1 cup of flour and then spreading the mixture in an ice cube tray. I chill the mixture for about half an hour until firm and then cut into cubes before storing in a freezer bag. When I want to quickly make sauces, I just drop 1 cube to 1 cup milk or broth and heat it until thickened. A true timesaver! 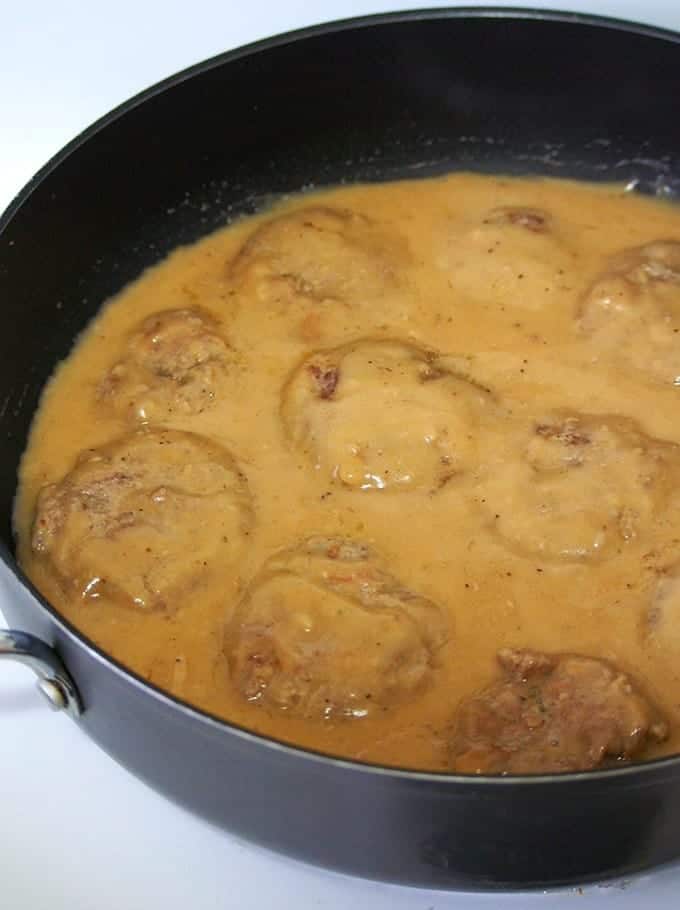 While burger patties are one of the easiest and tastiest dishes you can make, they can just as easily turn into a dry, flavorless bundle of ground meat. By following the tips below, you’ll have super juicy beef patties swimming in flavorful mushroom gravy everyone at the table will be fighting over!

How to Make Juicy Burger Patties: 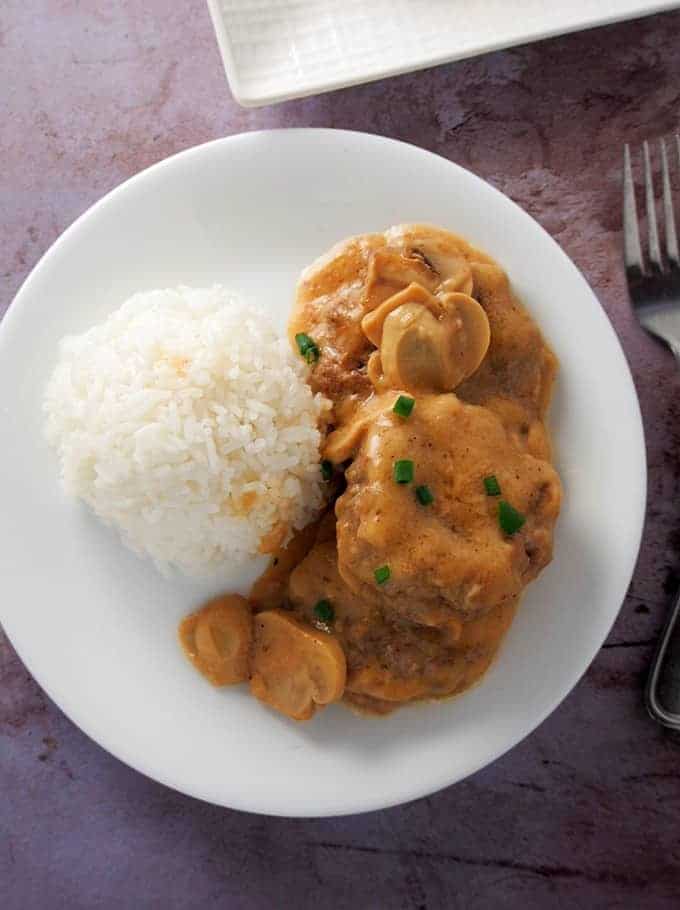 Leftovers can be kept in the refrigerator for up to 3 days or frozen for up to 3 months. Allow the beef patties and gravy to cool completely and then transfer to an airtight, freezer-safe container.

To serve, thaw overnight in the refrigerator and reheat in a skillet or bake in an oven-safe dish at 350 F until internal temperature is at 165 F.

Looking for more ground beef recipes? Korean Ground Beef is easy to make, budget-friendly and loaded with sweet and savory flavors the whole family will love! 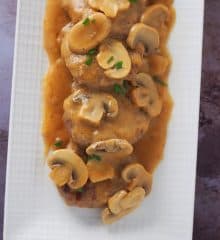